5 Years of failure – Tobacco control and the Australian experience 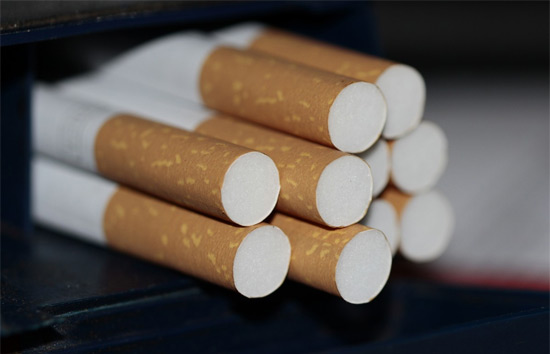 The start of 2018 marks 5 years since Australia introduced world-first ‘plain packaging’ laws for tobacco products. In addition to graphic health warnings introduced in 2006, the rules prohibit companies from using trademarks or branding, forcing them to sell cigarettes in generic cartons to reduce their appeal. Satyajeet Marar takes a closer look at what the effects have been, half a decade later.

The laws were no surprise for Australia, then known to be a world leader in tobacco control. Even today, Australia is home to the world’s most expensive cigarettes. It also wasn’t hard for the government to drum up public support –cigarettes are rightly seen as dangerous, addictive products and a public health risk that is best discouraged. Few came out in support of the tobacco companies, now deprived of the use of their intellectual property and branding in which which they had invested millions of dollars.

Five years on and with continued hikes to tobacco excise since, our experience paints a very different picture.

Government data shows that more Australians smoked in 2016 than they did in 2013, just after the policy was introduced – a trend repeated in no other western developed nation. The smoking cessation rates of the USA and UK have now closed their gap with Australia which had hitherto reported greater success in this area. Australia’s overall daily smoking rate fell only slightly from 12.2% in 2016 from 12.8% 3 years earlier – the first time in over 23 years that there has been no significant drop. Paradoxically, more cigarettes were sold in Australia within a year of the policy’s introduction, with the same pattern reported in France a year after similar laws were introduced there.

The reason for this is that tobacco is a highly commoditised and generic product. It is also a relatively price inelastic product given its addictive potential. In the absence of visual brand loyalty, competition between alternatives largely comes down to price.

Data from Australian industry monitor InfoView shows that the market share of cheaper tobacco rose significantly since generic cartons came to market, with the Australian Association of Convenience Stores reporting that customers commonly inquire about the ‘cheapest pack of smokes available.’ In short, the policy only served to make premium brands less attractive – not the product itself.

A more sinister consequence of this effect is that it makes legal, taxed products relatively less appealing than black market tobacco. A 2016 KPMG report found that Australia’s tobacco black market is now 20% larger than it was prior to plain packaging. In addition to depriving the government of billions of dollars in tax revenue which could fund public services and making it more difficult to keep tobacco out of the hands of minors, illicit tobacco is also a notable funder of other illegal operations worldwide such as terrorism and human trafficking. The European Commission reports that the industry is “almost exclusively the domain of organised criminal groups operating across borders.”

Despite these outcomes, nanny state advocates continue to lobby for the introduction of plain packaging laws worldwide. The UK introduced its own laws last year and Canada is now contemplating its own. Worryingly, the nannies aren’t stopping with tobacco.

An article recently published in The Lancet called for generic packaging for alcohol products while scientist Wolfram Schultz has bemoaned the‘colourful wrapping of high energy foods’, calling for generic packaging to discourage their consumption. Besides depriving legitimate enterprises of their intellectual property, these moves should concern all of us as they throw open the floodgates to eliminate branding for any product deemed a public enemy by the ‘fun police’, including fast food, soda and sweets.

The evidence is that prohibitionist laws on packaging and coercive, drastic hikes to tobacco excise do not yield the benefits they promise. Beyond a certain point, tax increases on addictive products merely allow the government to dip their hands deeper into the pockets of the poor who are statistically less likely to give up smoking and are more likely to smoke as relief from stress or the vagaries of life.

By contrast, the USA, UK and European Union have reported significant decreases in smoking prevalence over the last few years which have coincided with increased availability of safer alternative nicotine delivery products such as electronic cigarettes. Despite evidence that these products are at least 95% safer than combustible tobacco, pose no material risk to passive smokers and are widely recommended to smokers by medical professionals under official UK government guidelines, they remain illegal in Australia.

Compassionate and consumer-choice based strategies are more effective at increasing smoking cessation and decreasing tobacco-related harms than laws which focus on prohibition, deprive businesses of their intellectual property and inadvertently help foster black markets. These lessons should be taken into account by any country contemplating reforms to its public health strategies. We should be especially concerned by the possibility of future global crackdowns on intellectual property rights – justified by the supposed ‘greater good.’

Satyajeet Marar is the Director of Policy at the Australian Taxpayers’ Alliance.