Smith, Hume, and Burke as Policy Liberals and Polity Conservatives 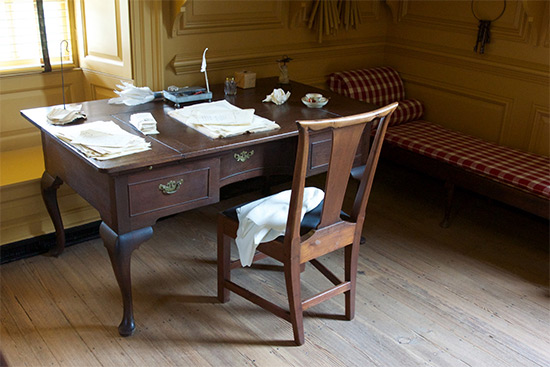 To understand renovations being made to a building, it is good to understand the kind of order that the renovator hopes to establish. Edmund Burke writes to a French correspondent in 1789: ”Permit me then…to tell you what the freedom is that I love.” That freedom is liberal policy; and that is why he is so opposed to the goings-on in France: They will not conduce to ”practical liberty” (1992, 7, 11). By understanding the sensibilities of Smith, Hume, and Burke in policy reform, we have a better sense of what their judgments would aim for, long-term, when they consider renovations to the polity.

In that expression, ”liberalism” comes second, but it is primary: It is the noun. It communicates the moral life and the culture, and hence the institutions, including policymaking, they want lived in the house. In that house there are innumerable mansions. The modifying adjective, ”conservative,” softens the punch of liberalism but enhances its wisdom and habits by moderating the claims made for the liberty principle, thereby making liberal principles more practical, pertinent, and robust. Conservative liberalism is a suitable name for the venerable political outlook of our three sages, a name that can span all continents, can connect back in time to the blessed arc of liberal civilization, and can endure through the ages. Hume, Burke, and especially Smith cap the original arc of liberalism and best represent classical liberalism.

I understand polity as something broader and more organic than the constituent parts of the government. Actions that significantly affect the polity raise issues of polity reformation. Dramatic reforms in immigration policy, for example, may significantly alter the electorate and norms surrounding the functioning of the polity, so mass immigration has a significant polity-reformation aspect to it. But most policy issues have a rather small aspect of polity reformation.

My reading accords with the ”three-sided comparison” of David Miller (1981, 196), which finds among the three men ”substantial similarities in outlook…: a belief in economic freedom, a belief in social hierarchy, and a commitment to the political establishment of eighteenth-century Britain.” Hume, Smith, and Burke are repeatedly listed together by Friedrich Hayek as representative of the liberalism he espouses (Hayek 1948, 4-7; 1960, 55; 1967, 160).

”The Child of Jurisprudence Is Liberalism”

Smith maintained three senses of justice, one being commutative (Klein 2020b). Smith summarizes the basic precept of commutative justice as ”abstaining from what is another’s” (TMS 269.10). He gives his most definite description of commutative justice’s ”most sacred laws” (TMS 84.2) as not messing with other people’s person, property, and promises due. In the Treatise Hume copiously uses the word ”abstain” in the same manner, and explains that the rules of commutative justice evolve to be precise and accurate (T 3.2.6.7-8; EPM 3.2.34 – 3.2.45). Hume and Smith are in these regards developing their own expressions of the natural jurisprudence tradition (Haakonssen 1981, 12; 1996, 27, 117-8; Buckle 1991, vii, ix).

Smith speaks of ”the violence of law” and related expressions in WN,[1] and in TMS of ”fortunate violence” and ”irresistible force”: we ”submit,” ”are taught to acquiesce” – not consent! – to ”those superiors” (253.30). For Hume, the critic of social contract, it is the same, and likewise for Burke. Burke’s talk of ”contract” and ”compact” belongs to a rejection of contractarianism, for what he means is custom likened to a ”virtual” contract (1992, 160), ”by the spirit of philosophic analogy” (1999a, 122), and it is an assenting to God, not a consenting to any human political pact. The political theory of Hume, Smith, and Burke is conventionalist and not contractarian.

The conventionalist nature of their political theory pertains to the American identity. The Declaration of Independence and the rebel side of the War for Independence may have been imprinted, opportunely and perhaps opportunistically, with John Locke, Cato’s Letters, and Thomas Paine, but the Constitution and Federalist Papers bore, opportunely but not opportunistically, more the spirit of men like Hume and Smith, who rejected social contract.

The liberty principle says: In a choice between two reforms (one of which may be no reform at all), the one that rates higher in liberty better serves universal benevolence. But Smith did not maintain the liberty principle as an axiom. Rather, it is defeasible. Smith, Hume, and Burke held that the principle holds only by and large, making a maxim. Thus, they give liberty a presumption, which like any presumption can be overcome when the prosecution overcomes the burden of proof. Some of the exceptions come because the greater direct-liberty option has indirect effects and ramifications that over time result in less liberty overall (Klein and Clark 2010, 2012). Many of Smith’s exceptions have an indirect-reduction-in-liberty element to their justification (Clark 2010).

Dugald Stewart (1982, 311) wrote that works such as Smith’s Wealth of Nations ”have aimed at the improvement of society, —not by delineating plans of new constitutions, but by enlightening the policy of actual legislators.” Many scholars write explicitly of Smith’s pro-liberty ”presumption” or ”burden of proof.”[2] Almost all of Smith’s exceptions are endorsements of status-quo policy.

Hume says that after ”fixing and observing” the rules of commutative justice ”there remains little or nothing to be done towards settling a perfect harmony and concord” (T 3.2.2.12). Hume was not dogmatic; thus Roger Emerson says that Hume’s ”laissez faire was one with qualifications” (28). But the assessment of Russell Hardin (2007) ought not be controversial: ”[Hume] thinks that government should be kept small and not intrusive, as he argues in his varied essays on economics” (200).[3]

In policy reform, Burke too was a liberal. His posthumous ”Thoughts and Details on Scarcity” is his only work focused on political economy, and it is plainly and strongly favorable to the presumption of liberty and free markets. He speaks of government intervention as ”coercion” (1999c, 61, 70; 1992, 161), saying that beneficial ”timely coercion” is something that government owes to the people. Russell Kirk (1997) said that Burke ”steadfastly opposed all policies calculated to reduce private liberties” (147), and he repeatedly calls Burke a ”liberal” (161; Kirk 1960, 20, 22, 214). Samuel Huntington (1957) wrote: ”[I]nsofar as Burke had views on the desirable organization of society, he was a liberal, a Whig, and a free trader” (461). Yuval Levin explains that Burke the parliamentarian ”was, above all, a reformer,” and suggests that Burke represents what he calls ”conservative liberalism” (2014, 9, 229; Levin 2019).

On the word liberal, Burke was in the post-1776 Smithian semantic fold.[4] In the 1777 Letter to the Sheriffs of Bristol he spoke of ”the liberal government of this free nation” (p. 16). In a 1778 letter he writes that ”the prosperity which arises from an enlarged and liberal system improves all its objects: and the participation of a trade with flourishing Countries is much better than a monopoly of want and penury” (1961, 426). In 1778 Burke speaks of the ”liberality in the commercial system” (1999c, 33). In the Reflections he speaks significantly of ”a liberal descent,” (1999a, 123), a moment that Gertrude Himmelfarb aptly seizes as liberal in our sense (1986, 167-173). Burke declaims against the new revolutionary assembly in France: ”Their liberty is not liberal” (1999a, 174); and: ”It is a vile illiberal school, this new French academy of the sans culottes” (1992, 299).

Whether Burke was a Smithian liberal in policy reform is a question that would have to consider not only his discourse but all of his activity as a politician, issue by issue. I attempt a first pass in Klein (2020a). Burke’s exceptions seem to be related to the needs of practical politics or to his polity conservatism. Gregory Collins (2017) mounts a case for Burke as an economic liberal and concludes: ”While these objections show that Burke did not promote abstract natural rights theory animated by orthodox laissez faire doctrine, they do not contradict Burke’s endorsement of market freedom” (588).

Burke in his last years saw polity radicalism run amok in France and surge as ”armed doctrine…in every country” (1999b, 76). In attacking polity radicalism – which makes men ”little better than the flies of summer” (1999a, 191) – he expounded a polity conservatism, in Reflections, Appeal, Regicide Peace, and lesser works (Burke 1992). As for Hume and Smith, I think that polity conservatism can be said to go for them, too.

There are general arguments for polity conservatism:

(1) Established ways have been through a historical process, of selection and survival and adaptation, that reflects, albeit highly imperfectly, functional goodness. ”Our patience will atchieve more than our force” (Burke 1999a, 275).

(2) To some extent goodness is historistic and established ways are good because they are established.

(3) The citizen’s knowledge is slight, as is that of the social theorist or reformer, and such knowledge is highly conditioned by experience and practice; the consequences of a proposed polity innovation, or even its true nature, are scarcely known. Political projectors are subject to ”innumerable delusions” (WN, 687.51). Rampant delusion throws politics into the hazards of collective foolishness and opportunistic abuse.

(4) Happiness depends on tranquility, which depends on confidence. Confidence in living depends on rules certainty and stability. Every reformation excuses, arouses, and inspires a next reformation, reducing certainty, stability, confidence, and the quality of life.

(5) Bad reformations are not easily corrected: Their badness enjoys plausible deniability and is stubbornly denied (Burke 1992, 92-93). Also, they breed interest groups who stoutly defend them.

Yet Smith, Hume, and Burke were ready to take up the burden of proof and espouse reformations. In the regular course of things the changes are conceived as adaptations and improvements, not transformations. ”I would make the reparation as nearly as possible in the style of the building” (Burke 1999a, 363).

Polity conservatism has its starkest contrast in polity radicalism. But another contrast might be called polity loutishness. In former days I did not think enough about the dependence of liberty and liberalism on stable and functional polity; I did not much consider the polity-reformation dimension. In proud consistency to a too-simple assemblage of principles, and in an unwillingness to face up to humankind’s susceptibility to atavistic cohesionist politics, polity loutishness might tend toward inappositeness, indifference, denial, dupedom, or appeasement in the face of polity recklessness, mischief, or radicalism, when what is called for is recognition and, often, forthright opposition. Burke excels in calling out polity louts.

Conservatives, classical liberals, and libertarians see today that, in politics, even in countries like the United States and the United Kingdom, one cannot take basic functionality and procedural fairness for granted. And we have seen that, since the Nobel heyday of Hayek and Friedman, the merits of individual liberty and small government have not won mass popularity and favor, and the academic class is mainly adverse. I think that Hume and Smith sensed that ”the liberal plan of equality, liberty, and justice,” ”allowing every man to pursue his own interest his own way” (WN 664.3) would always face deep-seated, instinctual mass opposition, and Burke perceived ”a sect aiming at universal empire, and beginning with the conquest of France” (1999b, 76, 157). The polity will always be pervaded by immense factions who, in their denial and self-deceit, work willy-nilly towards greater governmentalization of social affairs. The conservative liberalism of Smith, Hume, and Burke is as relevant in our day as it was in theirs.

Daniel B. Klein is professor of economics and JIN Chair at the Mercatus Center at George Mason University, where he leads a program in Adam Smith. He is the author of Knowledge and Coordination: A Liberal Interpretation and chief editor of Econ Journal Watch.

This essay is a condensation and variation of Klein (2020a), which is about three times the length of this essay. It was originally published, together with responses and critiques, by Liberty Fund.

Att viska bravo Tegnell på länk
We use cookies to ensure that we give you the best experience on our website. If you continue to use this site we will assume that you are happy with it.Ok